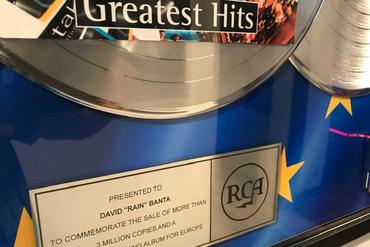 David is both a highly trained and experienced musician and recording engineer with degrees in music and electronics. He has performed, recorded, mixed, and mastered many different styles.

He's a pianist. orchestrator, an arranger who studied music in NYC full time for a decade with some of the greatest musicians the world has ever seen. He spent many years as a full-time session/touring musician.

Dave has a B.S. in Music Education from "The King's College" New York, N.Y.where he attended on a music performance scholarship. He taught recording engineering at UCLA for 10 years, "Musician's Institute" and "Pinnacle College" He also taught music from kindergarten through 12th grade in public schools for several years

His production/composition credits include music for NASCAR on Fox Sports and he composed, produced, and recorded the "NASCAR Highlights Theme" on Fox. David produced and composed music for many other huge network shows including "Jack and Jill" on Warner Brothers and "Unsung" on TvOne
He was also the Senior Producer and on-air talent on a hit show KPFK 90.7FM LA/Hollywood, 93.7FM San Diego, 98.7FM Santa Barbara, 99.5FM Ridgecrest-China Lake. (The most powerful FM station (transmitting signal wattage) west of the Mississippi)

​​Video of our chief engineer engineering a Bone Thugs N Harmony session at Ameraycan studios in North Hollywood you see him at 2:35 and 4:35
https://youtu.be/EadTSTvIvf0

We are in the business of making people happy with their art. From beginning to advanced we know your music is very personal to you and we treat it as such. We're not in the business of clock watching. The end product is very important to us.